The piece titled “Albert’s 600,” was created by Oropeza as a gift to Albert from wife Deidre, to celebrate her husband’s June 3, 2017 accomplishment. 600 Major League Home Runs is a feat that only eight other MLB players have achieved since Babe Ruth. Pujols is the eighth player since Ruth to do so since August 1931. 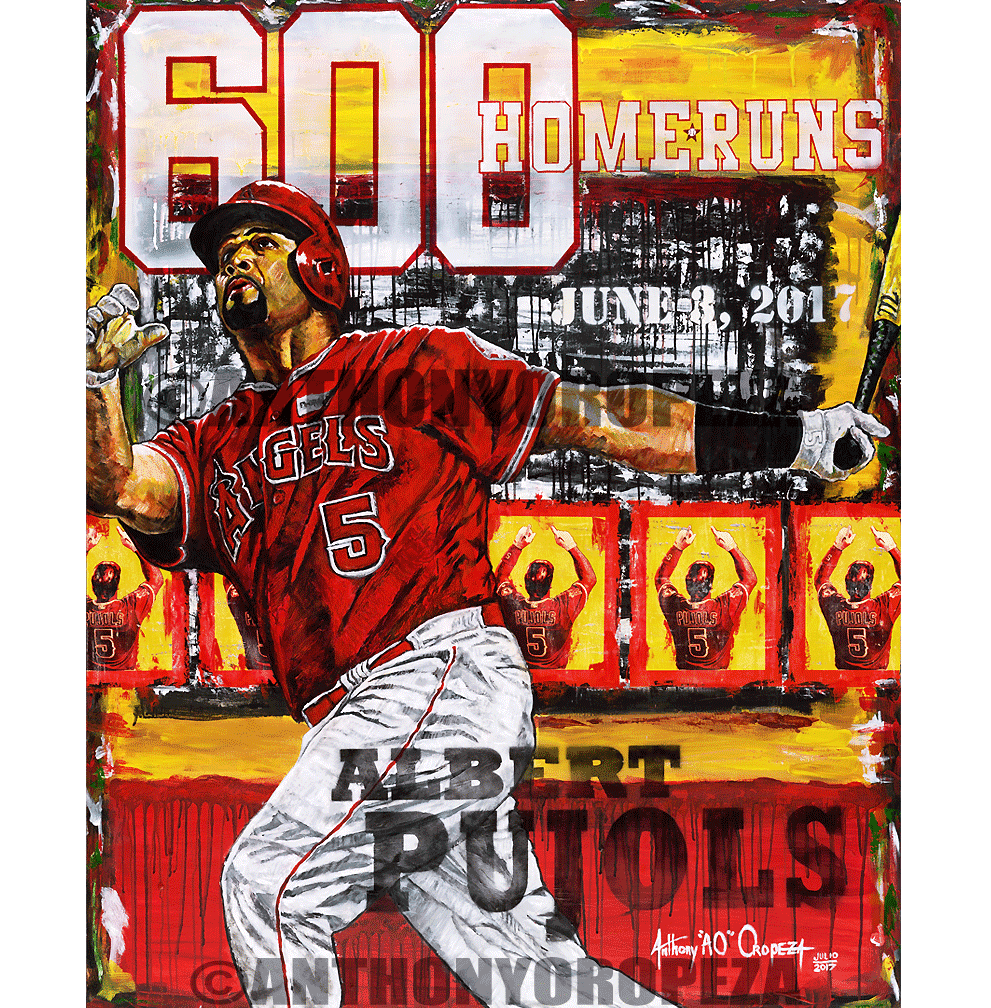 A Historic Moment for the Ages

AO recreates Albert Pujol’s enormously historic moment in this equally enormously stunning, exciting piece. The Dominican born, Pujols, a 10-time All-Star and the leader of the Angels, is a highly regarded player and hitter who has shown a combination of contact hitting ability, patience, and raw power throughout his career.

Another huge honor, AO’s “Albert’s 600” was also gifted in print for each of the 200 plus guests attending their inaugural Open Gate International fundraising event in Newport Beach, California, held on July 17, 2017.